Laura Kuenssberg: A Heritage of Sweat Shops, Political Infulence and a Silver Spoon

Exactly one year ago I wrote a Blog where I questioned the so called 'impartiality' of the BBC. It wasn't the first time I had noticed a stream of blatant propaganda which could only benefit the Conservative Party, aired by the BBC in the guise of unbiased news. Usually it would be a tabloid style report, that tried to pour scorn on anyone who opposed the Tory stances.  After a while I started to see a pattern of deceit appearing that was then impossible to be unseen once gazed upon. A channel that I trusted because of their supposed impartiality, were starting to take on some of the traits normally seen on  a state media channel in a far flung eastern realm.  In that time there has been one member of the BBC political team who has left me flabbergasted by the rhetoric and her complete disregard for impartiality. I got so angry recently by her behaviour that I decided I needed to investigate who Laura Kuenssberg actually is? Why does she seem to support the UK Conservatives? But most of all what made her like this? A public stooge with a separate agenda than the one dictated to her by the BBC charter. My investigation led me back through her family history to try and discover the seeds of potential influence. To search for the root of influence I started to regard those who obviously have had influence over Kuenssberg through her life, her parents and grand parents. Recently David Cameron became offended when people questioned his fathers offshore banking. I understand people being protective over their family, but this isn't name calling in the school yard and defencive reactions just increases suspicion. I'm sure Laura Kuenssberg may be offended by me including her family in this Blog, but people will ask questions when she is appearing to use a public platform with a hidden agenda. 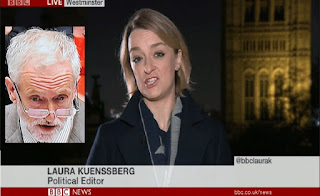 Laura Kuenssberg became political editor of BBC News in July 2015, taking over from Nick Robinson. Laura was born in Italy in 1976 as that is where her father Nicholas Kuenssberg OBE was based with a global clothes manufacturer Coats Paton. Nick Kuenssberg had been employed by Coats Paton since 1965, spending much of that time working in South America. Whilst in Peru during the late 1960's, Mr Kuenssberg became renowned as a shrewed capitalist. When the government enacted laws to allow for the financial protection and reimbursement of employees in the entirety of Peru, Kuenssberg found a legal way around the reforms so that all of the employees in his company we're exempt from these privileges. This was a time of sweatshops in the textile industries and Nicholas Kuenssberg helped to deny rights to his employees. When you study the time line of Coats Patons factories opening globally it's not hard to see this was a capitalist machine. Coats Paton moved from countries as they reformed their labour markets and set up new textile looms in poorer developing countries, to take advantage of the weaker legal systems and lower wages. Now known as Coats PLC, this textile firm set up manufacturing sites in India, Peru, Columbia, Ecuador, Brazil, The Philippines, Venezuela, Pakistan and Turkey to name a few. At the time many of these countries were unstable due to CIA supported activities to topple unwanted leaders and replace them with leaders who would create the best environment for multinational corporations.

In the 1970's pressure came to clean up business practises in many of the countries Coats Paton were based. This helped to shine a light on many shady organisation who were well versed in the use of slavery. Once the pressure set in, Nick Kuenssberg transferred to the European side of the business and eventually in 1978 returned to live in Scotland.  Laura was 2 years old on the return to Glasgow area and her brother was only 4 years of age.  Nick wanted Laura and her two siblings to be based in the UK, which he made clear during a 2013 puff piece written in The Scotsman. An article that tries to praise his denial of legal right to his previous Peruvian work force, calling the enacted governmental reforms a disaster. Mr Kuenssberg would spend the years after skipping from job to job, sometimes leaving disaster in his wake, as in Dawsons International who were in legal action with his previous employer, Coats Paton, before his arrival. He also had stints working as a non-executive director at the heavily criticised Scottish Power and Standard Life. He would continue working in a 'Portfolio Career', as he titles it. He would use his connections and influence to help big companies and Scottish Institutions and he would be honoured for some of his work.

Nick Kuenssberg's father was the German born Physician Ekkehard Von Kuenssberg MB ChB CBE PRCPG FRCOG FRCP. He was famously interned in 1940 for this was not the greatest time to be a German living in the UK. His career is fascinating as he had much influence in the forming of the NHS and his work reforming the UK General Practise as well as helping with European reforms. His father was a law professor called Dr. Eberhard Freiherr. So you may ask why he did not share the surname of his father. Von Kuenssberg was his mothers name and a famous influential German family dating back to the first recorded mentions circa 1149.  This is definitely a family of prestige, money and influence and it's easy to see where Nick Kuenssberg got his ability to circumvent laws in such places as Peru. Laura Kuenssbergs maternal grand father was the famous Lord Robertson who was a high court judge in Scotland and was well known for his contribution to the Scottish legal system. He was also friendly with Baron Mackay of Clashfern amongst many other influential and aristocratic bigwigs. Laura Kuenssbergs mother is Sally Kuensberg CBE, on her return from South America and Europe she has worked in Reforming Juvenile Institutions and has worked for a number of foundations and charities set up to help children. 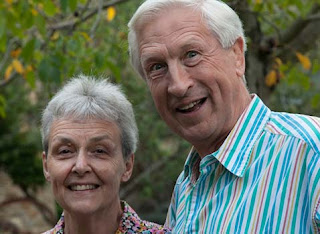 This family history is quite astounding. Each member has titles adorning the beginning or end of their names and have obviously all been born into some sort of wealth and influence. In fact most seem to have a large foot inside the Establishment and some were born into the Establishment. Many members of the Kuenssberg family have made great contributions to modern UK society. This history helped define Laura Kuenssberg but instead of working in reform or medicine, she decided to follow the path of a journalist and delivers the role with a sense of entitlement. Born into money and given a very good education at Edinburgh University and then Georgetown University, Laura Kuenssberg shares a lot with the average Tory MP. It is the silver spoon that you can hear muffling the sound of her dignity and causing her to attack those who are fighting for the poor and socially vulnerable. This is a woman who has a lot of potential and has decided to use it on a sacred platform.  The BBC is embedded with establishment figures and Laura Kuenssberg is no different, with a family tree dating back 900 years and family titles that still hold political influence. It seems as though the BBC is often complicit in protecting people who have influence, Sir Jimmy Saville to name the obvious. The BBC charter cannot exist to employ people who will use their gained influence to change agendas. Laura Kuenssberg should be telling the news and not changing the angle of the stories to suit one party rhetoric.

In the coming months more pressure will be heaped at the doorsteps of the BBC if Laura Kuenssberg continues with her slanted journalism. She obviously belongs in the private sector and should not be taking licence payers money whilst doing a disservice to the principles of the BBC. Laura must understand that she doesn't work for ITV anymore and that she has a duty to be equal in her approach to all politicians, irrelevant of party affiliation. The BBC should also be wary. A lot of people feel this type of behaviour is as rampant and the sexual abuse was in the 70's. Licences will not be renewed to pay the wages of people who do not respect the institution that remains a national treasure.  People of the UK will not pay for a state media propaganda machine and the BBC doesn't seem to notice the problems that are getting bigger with time. The licence fee must be abolished if they continue this one sided political coverage. Laura, my only advice to you would be to resign, work for a charity or something that allows you a soul. You have many people in your family to aspire to and you're choosing to be an lapdog for a Conservative government, that continues to enact cuts that affect people who didn't have the start in life that you had. Or just be impartial, but seeing that you haven't proved you can be then just leave the BBC. We won't miss you at all.

The Second Part to this Blog is:
Censorship at the hands of the BBC, Facebook and Twitter - The James Harding Ideology

Thanks for reading.
Posted by Johnny Vedmore at 00:05

Johnny Vedmore
I am Johnny Vedmore and I invite you to read my Blogs on daily life or potential Social Reform Idea. Including Music and Video.When my brain was fitted into my skull, it was wonky. So sometimes there'll be a typo or two but I aim to rectify anything as soon as I notice. Be loving to each other and remember to fight the power.